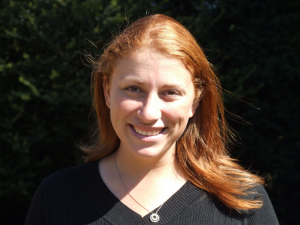 Karin has been working in the field of animal behaviour and behaviour therapy in South Africa since 1997. She went to the UK to complete her Diploma in Animal Behaviour through the Centre of Applied Pet Ethology in 2007. She is a Certified Animal Behaviourist (CAB) with the International Companion Animal Network (ICAN), a qualified Practitioner Member of the International CAPBT, as well as a Practitioner Member of the ABC of SA.

She originally worked for 9 years as a Behaviour Practitioner in Cape Town, but then moved to Johannesburg in 2007 where she started a training franchise company called ThinkingPets. Following that, she and Wendy Wilson established the highly successful COAPE SA and later sold ThinkingPets to Leigh Shenker, who now runs it successfully. Karin is passionate about animal welfare, animal emotions, behaviour, people and education and firmly believes that the best way to make the biggest difference in the lives of animals around the world is by changing how people see and understand them.

After 20 years of consulting, Karin’s focus now is running COAPE International with Wendy and presenting the COAPE Diploma.  She directs all course research and development for COAPE International. Karin is also responsible for bringing new highly skilled experts on board as COAPE Course Authors and Tutors for specialized courses.

She was originally one of only two Practitioners licensed internationally to offer COAPE’s prestigious courses until 2019, when she and Wendy were given the exclusive license to offer COAPE courses on an international basis following the retirement of Professor Neville and Dr Falconer-Taylor. Being asked by Peter and Robert (two well known, established leaders in the field of animal behaviour) to take over the reins of this international Centre of Excellence has been one of the biggest honours of her career.

In addition to frequently appearing on Talk Radio 702/567 Cape Talk and several television programs, she was also part of the weekly “Animal Talk” radio team. Karin frequently contributes to a variety of publications both locally and internationally and is often in the media relating to Animal Behaviour matters. She has appeared as an expert witness in a wide variety of legal cases relating to Animal Behaviour and is actively involved in the Enrichment Research Program between COAPE and captive wildlife facilities, where, among other things, she and her team volunteer their time to work with zoos to develop bespoke enrichment programs to promote behavioural and emotional health in captive animals, using COAPE’s trademarked EMRA and ESTA approaches. They not only provide training for both staff and animals to make husbandry tasks and medical examinations/treatments as stress-free as possible but also work with a variety of institutes around the world, either by collaborating on studies or by sharing results of work done.

Karin is involved in on-going research to bring EMRA and ESTA to as many animal orientated facilities as possible to promote emotional well-being – not only in companion animals, but also in captive wildlife scenarios. 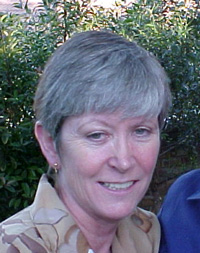 Wendy has been involved in the training and showing of dogs for over 20 years and started studying animal behaviour in 2006. Wendy now holds the OCN UK accredited Diploma through the Centre of Applied Pet Ethology COAPE, as well as a Certificate in Companion Animal Behaviour. She is a Guild Certified TTouch Practitioner, a qualified canine obedience and clicker training instructor as well as being a Practitioner member of both the CAPBT and ABC SA.

Wendy joined ThinkingPets in 2007, and together with Karin and Peter went on to found COAPE SA in 2010, which obtained the international licence to run the COAPE courses worldwide in 2019.

Wendy left Johannesburg and a managerial position in the Corporate World in 2011 to concentrate all her energies on COAPE International, and also relocated to the Western Cape, where she headed up the Cape Diploma lecturing team for 5 years. She has presented an Animal Behaviour course in Namibia and has run numerous short workshops in the Cape. Wendy has appeared as an expert witness in a number of court cases relating to Animal Behaviour. She regularly writes for various magazines among them Animal Talk and Dog Directory and consults when time permits.

Wendy is responsible for all the financial aspects and the day to day running of COAPE International. 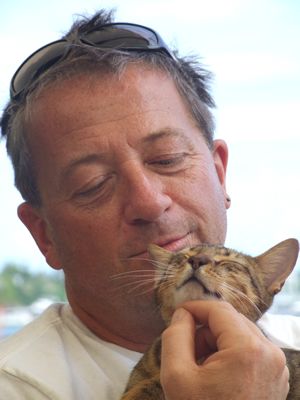 Peter began his professional career as a Research Biologist for the Universities Federation for Animal Welfare in the UK, working in academic and practical animal welfare around the world for several years before returning to the UK to work in companion animal behaviour therapy practice. He established the first companion animal behaviour referral clinic at a UK Veterinary School at Langford, Bristol in 1990 and has been in practice for the referral of behaviour problems in pets for over thirty years.

Peter served as a Clinical Professor at the Dept of Veterinary Medicine, University of Miyazaki, Japan from 2008-11 and, after 5 years as a Visiting Scholar at the Dept of Animal Sciences at The Ohio State University, USA, was appointed Adjunct Professor in 2009 and now teaches there annually. He is the author/co-author of various scientific publications, several films and 16 books, including ‘EMRA Intelligence’ written in 2016.

He was a founding partner of the Centre of Applied Pet Ethology in the UK in 1993, now a leading international online education provider of companion animal behaviour and therapy courses. COAPE pioneered the development of the EMRA and ESTA approaches to pet behaviour problem assessment and therapy, which are also applied through COAPE International to a major zoo animal enrichment project at Johannesburg zoo in South Africa

Peter Neville co-authored ‘Breed-dependent differences in the onset of fear-related avoidance behavior in puppies’ in the Journal of Veterinary Behavior 10 (2015) 286-294. A later onset of fear-related avoidance behaviour was observed in CKC Spaniels compared with GSD and Yorkshire Terrier puppies: emotional and behavioural development varies among dog breeds.

Peter now lives in Finland, and works frequently as an ethologist guide throughout southern and east Africa for Rae Safaris. 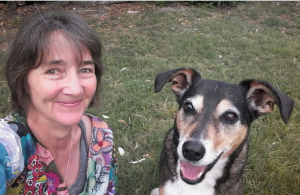 Judy grew up with a great passion for all creatures great and small, so after school she naturally progressed to completing a degree in Zoology and Entomology. After her studies she took a break from her books and followed her love for animals, working as a veterinary nurse at the Cape of Good Hope SPCA for a year. She then went back to her studies to become a Research Entomologist, working for the Agricultural Research Council for many years.

Her passion for working with animals prompted Judy to enrol for the 3-year TTouch Practitioner’s course in South Africa in 2007 and she qualified as a TTouch Practitioner in September 2009. Judy went on to complete the COAPE DogWise Stage 1 course with distinction in 2010, and then completed her OCN UK COAPE Diploma in 2014. Judy is a qualified ThinkingPets Puppy and Kitten School Instructor and is also the co-owner of DogHub SA, a highly successful dog training school and behaviour consultancy in Cape Town. Judy formed part of the Diploma lecturing team in Cape Town, and she consults regularly on all aspects of animal behaviour and training.

Judy is the student liaison at COAPE and handles all student queries, as well as being a stand-in marker for C01 and C02. 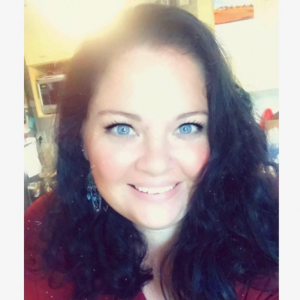 Tarryn has a deep passion for animal welfare and love for rural Africa. While living in Mozambique for 4 years she volunteered at the local animal shelter (MAPS) and worked with many abused and neglected animals that seemed to be unadoptable. Wanting to know more about the behaviour of the animals in her care she qualified as a ThinkingPets Puppy School Instructor in 2010 and completed her COAPE Diploma in Animal Behaviour in 2013.

While living in Malawi, Tarryn ran the Blantyre SPCA where she used her knowledge to implement an enrichment and “train-to-adopt” program where the dogs were properly socialized and given basic training to make them more adoptable.
Tarryn was also the country manager for Mission Rabies.

In 2017 Tarryn and her family, consisting of 1 husband, 2 children, 2 Mozambican dogs, a Mozambican cat and a Malawian dog, moved back to Cape Town.

Tarryn joined COAPE International in April 2018 and is responsible for the company’s Social Media as well as being involved in the accounts dept and various administrative aspects of the company. 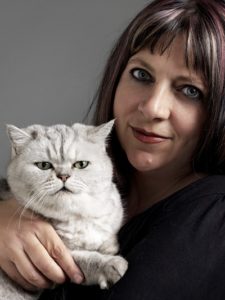 Leigh’s studies and career path started in the field of human behaviour, working primarily with youth at risk. However, her love of four legged creatures led her to change direction towards all things related to animal behaviour. Leigh was volunteering in shelters and recognised a real need for behaviour practitioners, both for the animals in the shelters and for post-adoption support. She therefore embarked on obtaining her qualification as a companion animal behaviour practitioner through COAPE. Leigh now holds the OCN UK accredited Diploma through the Centre of Applied Pet Ethology.

She has completed her clicker training qualification and has a real interest in natural medicine for animals, so therefore grows and sources many unusual medicinal plants. Leigh spends as much of her time as possible involved in shelter work and working with clients. Her dedication to shelter work is reflected in several programmes and systems she has set up, and she is committed to changing the traditional model for animal shelters and improving basic conditions for all animals, as well as assisting families who choose to adopt a rescue. Leigh took over ownership of COAPE SA’s sister company, ThinkingPets, in December 2015.

Leigh currently manages the Marking Department at COAPE, moderates and marks all courses, and tutors the COAPE Diploma. 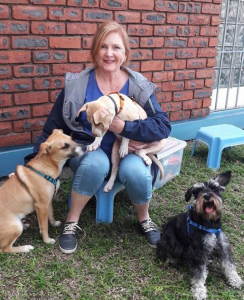 Bev has always loved animals since a very young age;  dogs, cats, rats, a stray tortoise and a rescued Cape White-Eye were an important part of her life. She became interested in dog training after completing a clicker training class with two of her own dogs and realised that there was an easy and kind way to train any animal – using a clicker and positive reinforcement!

After a ten-year career in banking and fifteen years as an administrator and fundraiser for a school, Bev attended TTouch training and was approached to study as a puppy trainer. Since qualifying as a ThinkingPets Puppy instructor in 2008, Bev has loved running her dog training school, sharing her knowledge of positive reinforcement training with many new owners.

In 2018 Bev furthered her studies with the COAPE Diploma and qualified as an Animal Behaviourist through COAPE International.

Bev now consults and runs a busy training school and in her spare time she fosters dogs and ensures that they are socialised and well-adjusted to fit into their new person’s life and home.

Bev joined COAPE International as the Admin Manager in May 2019.

Janina inherited her love of nature and animals from her Dad. Many of her school holidays were spent with her family at the Kruger National Park, and right after school Janina was lucky enough to land a holiday job there – perhaps this was their desperate attempt to stop her calling every week asking for something to do! After volunteering in Environmental Education every school holiday, Janina managed to get a permanent position in Tourism and that was the beginning of her hospitality career spanning 18 years. But Janina was always looking for something to do in the animal world, and by chance came across the Tellington Touch website, and was immediately hooked. During TTouch training she met the ThinkingPets group, and subsequently completed training with them to become a Puppy School Instructor.

Janina has run puppy school and dog training classes for 10 years now, as well as doing TTouch consults. During this time she landed a job in veterinary retail, which she enjoyed for 7 years, until in 2018 Janina and her husband made a quick decision to buy a small holding in the Overberg, where they now run an organic veggie farm. Janina continues to give puppy school and dog training in nearby Hermanus.

She is loved, protected and ruled by 2 crazy Belgian Shepherd boys Buddy and Bono (pictured) and her newest family member a German Shepherd called Arya. Janina joined COAPE International as part of the Admin team in August 2019.