The Intricacies of Animal Behaviour and Training 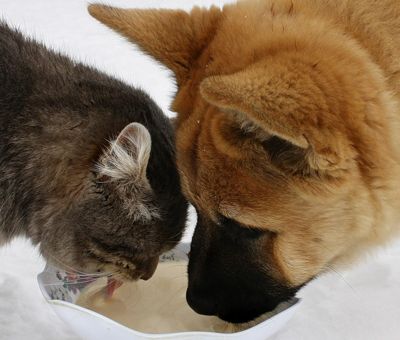 The field of Behaviour is an interesting one, with never a dull moment.  Different opinions between trainers, behaviourists and other professionals can often make it hard for pet owners to choose which belief system they should subscribe to when it comes to what’s best for their pets.  There are so many conflicting opinions out there.  So to help our pet owners make educated decisions about which methods they choose to employ, we’re going to put as much information about modern pet behaviour and training out there as we can.

When we say modern, we don’t mean a new idea that is held by a handful of young upstarts – no, we mean modern scientifically proven facts about canine behaviour, researched by the leaders in the industry who are recognised across the world as ‘the people who know what they’re talking about’ – both practically and academically, applied daily by countless professionals and understood to be the most accurate and humane method of changing any problem behaviour in our companion animals.

This modern viewpoint encapsulates the understanding that dogs are not wolves, that they are emotionally capable of far more than just being either dominant or submissive, and it questions and confronts the reality that pack theory is a far too simplistic way to try and suppress behaviour.  It embraces their individuality and takes into consideration the fact that owners and their pets are unique, not just some pre-cast stereotypical alpha and beta characters constantly vying for a position of power.

It also doesn’t follow the old adage that “there are no problem pets, only problem people” – an outlook that places such reserve on owners to even acknowledge they may have a problem, in case they are immediately labelled as poor owners who caused issues in their pets which causes so many pet owners to rather either live with the problem in silence, or if the problem is serious may relinquish their dogs to shelters in the hope of the dog finding a more suitable home where the problem may not appear.

Behaviour problems are often the result of miscommunication, misunderstanding and inappropriate feedback.

It doesn’t mean owners are always to blame – if you don’t know better, how can you be held responsible?  However, ‘finding out’ can be a tremendous task on its own.  Which normal pet owner has time today to read through volumes of material and then ponder the implications and repercussions of what is advocated?

I’m not going to lie to you – there are some extreme disagreements on what a dog is, how a dog should behave, what a dog is capable of, what the owners should do, and who knows what.  It’s easy to get bogged down in the details and get stuck in endless arguments about who is right.

That’s not what this is about – the underlying question, in fact, the ONLY question, is: which methods do you use to change what’s happening?  There at least, we seem to have mostly two methods being subscribed to.

Positive reinforcement training, or punishment/aversive training.  Do you want to use motivation to change what your dog is doing which will result in a stronger bond with a more willing and cooperative dog who isn’t scared of you? Bearing in mind that when using these methods it doesn’t matter if you make a mistake because you won’t do harm and you can try again, or do you want to use punishment and aversive methods which has a severe impact on your dog’s emotional state, his ability to learn and his relationship with you. Not to mention that using punishment and aversive techniques can do a lot of physical and emotional damage if you make a mistake – either you can hurt your dog, or you can get hurt if your dog acts in self defence against what is perceived as a hazard.

There are pros and cons to each technique, which is not surprising.  But before you decide on which method you choose to employ, be certain of both positives and negatives and make sure you understand what you’re doing.

Motivational methods
The biggest pro here is that anyone can do it without doing damage while training or doing behaviour modification with their dog, regardless of level of experience.  If you make a mistake, or your timing is off, you can always fix it and shape it into the desired behaviour, without making your dog scared of you or doing any physical damage.

It doesn’t mean you have to let your dog run amok and ignore you and basically do whatever he wants – far from it! It just means that you put boundaries in place about his behaviour and you enforce those boundaries without the use of physical punishment or argument.  You give feedback on what you like and when the dog does something you don’t want, you correct him by providing a consequence he doesn’t like, for instance a time-out.

It means you don’t grab him, choke him until he turns blue, you don’t pin him to the ground until he loses control of his bladder or scare him so badly that he has to resort to biting you to keep you away from him.

The downside of the motivational methods is that it takes time.  There is no instant cure, no immediate effect that looks glamorous and it requires patience.  It does, however, mean that you can create an environment that is conducive to your dog learning something and that the learning lasts a lot longer than when you use aversive methods.

Aversive methods
The biggest draw-card for owners about aversive behaviour modification and training is that it appears to produce instant results.  Which, to a certain extent, it does – if you punish or frighten any dog badly enough, he will do one of two things – he’ll either suppress his behaviour (temporarily) or he’ll engage a hazard avoidance strategy (fight/aggression).  The problem with suppressing behaviour is that it is often like putting a pressure cooker on the stove and leaving that pressure to build and build – at some point it’s going to explode and then you have soup all over the ceiling.  Using aversive methods means applying pressure, constantly.  The catch of course is that you have to keep increasing the pressure, since the dog will habituate to the level that’s being used.

It causes great stress and stress inhibits learning. It means that while it may yield ‘instant wow results’, it’s only going to work until something gives. That something is either the owners or the dog. And when it does, you end up with an even bigger problem.

Are there dogs whose behaviour can be altered by the use of physical punishment? Well, yes.  The question is, is it humane and what is it doing to the dog?  Using aversive methods can be dangerous. It’s all good and fine for an experienced person to come in and ‘dominate’ your dog, but can YOU do it, just as well? It’s easy to come into someone’s house and be horrible to their dog. The dog will respond to that –he has no history or relationship with this new person and will try to escape or avoid this hazard. He doesn’t know what this person will do, so it’s easier for him to learn new responses that will stop the threat.  He has a relationship with you. He knows how you respond; he knows what you do when he growls at you.  This means he’ll behave differently with you when you try to do it.  And the results will be different.

Behaviour modification can be done using only motivation. It is remarkably effective for just about everything, including aggression and rehabilitation of difficult or dangerous dogs, as proven by Best Friends in America. This organisation focuses on rehabilitating pit bulls used for fighting. They are successful without being unpleasant with the dogs – there is just no need for it plus the risk of getting badly hurt while trying to physically force a pit bull to comply is too high.  Consider this. There’s a reason marine parks use motivational training when training large marine mammals… you can’t put a choke chain on a killer whale or a dolphin and MAKE it do anything.  So why should we use choke chains on dogs just because they’re smaller? It’s unnecessary and nothing but bullying.

So, back to the different behaviourists and experts and their stance on behaviour modification.  As I mentioned, there are countless professionals who are leaders in the field internationally who are very outspoken against old fashioned pack theory implementation when addressing behaviour and training problems. The list is quite long and actually quite impressive.

It includes people like Jean Donaldson, James O’Heare, Professor Raymond Coppinger, Professor Peter Neville, Barry Eaton, Karen Pryor, James Serpell, Dr Ian Dunbar, and associations the world over, including COAPE (Centre Of applied Pet  Ethology), the CAPBT (COAPE Association of Pet Behaviourists and Trainers), the American Humane Association (AHA), the Association of Pet Behaviour Councellors (APBC), the International Association of Animal Behavior Consultants (IAABC), American College of Veterinary Behaviorists (ACVB,) the American Veterinary Society of Animal Behavior… the list is endless. These people all speak out against the use of out-dated pack theory in behaviour modification. They (as do many others in the world) believe that you don’t have to dominate or abuse your dog into submission. You can use positive, modern methods that won’t damage you and your dog’s relationship.

The information is out there. The books that should be on every dog owner’s shelf include:

Over the next few months we’ll do reviews on various books out there.  We believe in education as a way to prevent problems, and we also hold true the belief that it is every professional’s responsibility to their clients to continue their education on an on-going basis, instead of blindly subscribing to what is being put in front of them.  The information is available; all it takes is a bit of time to read it and an open mind. 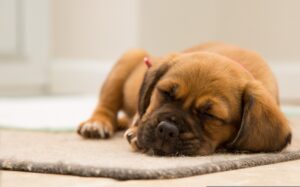 You’ve got a new puppy; what now? 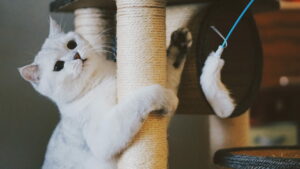 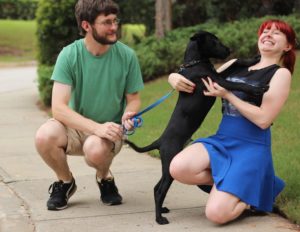